Aretha Franklin The Queen Of Soul paved the way like no other female vocalist of our time.
When I was around 8 years old my late father used to have late parties in the house and all I could hear from my bedroom as a child was the 'Lady Soul' album on repeat from 'Chain Of Fools', 'Money Won't Change', 'People Get Ready', Issac Hayes 'Shaft' & Curtis Mayfield 'Curtis album. Even in my sleep, Aretha was touching my Soul not just a great singer, but a great pianist also. 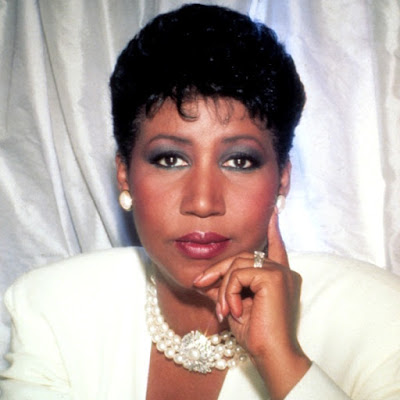 I collected every album she ever recorded from the unsuccessful Columbia recording period right through to Atlantic recordings and then Artista records, That was nine or so Columbia releases that were released from 1961- 1967. The Atlantic Records hit period started in 1967 with her 'I Never Loved A Man' (The Way I Loved You) album the first of 20 album releases including one of the most succesful Gospel album of all time the Double Vinyl released 'Amazing Grace 'set. Her Atlantic Recordings hit factor slowed down in 1977-1979 with her very underrated Curtis Mayfield set 'Almighty Fire', Lamont Dozier produced 'Sweet Passion', & Van McCoy's mostly produced 'La Diva' album.

In 1980 she signed with Arista Records with Clive Davis in the A&R hot seat Aretha was back with her debut Arista set 'Aretha' which included her version of 'What A Fool Believes', Arif Mardin produced her next set in 1981 the 'Love All The Hurt Away' in which it's title track was a duet with George Benson. Luther Vandross was called in for the next two sets 'Jump To It' & 'Get It Right', Narada Michael Walden for the 'Who Zooming Who' album that included the #1 R&B /#3 National Billboard chart hit 'Freeway Of Love'. 'A Rose is Still a Rose' was her thirty-seventh studio album it resulted in the singer's most critically acclaimed and best-selling album of the 1990s, the single featured Lauryn Hill, the album stands as one of Aretha's most successful sets. Clive Davis once again took control of Aretha Franklin last studio album 'Aretha Franklin Sings the Great Diva Classics' which was a tribute of ten covers of songs made famous by female recording artists, which once again took the Queen to the top 3 of the  USA R&B chart with her covers of songs made famous by Gladys Knight, Etta James, Gloria Gaynor, Barbra Streisand, Chaka Khan, Alicia Keys & Adele. 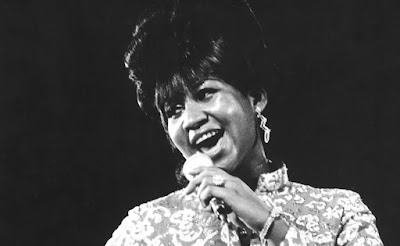 Soul music is back in the national charts after the death of the Queen, Sam Cooke, Jackie Wilson (To Be Loved) arguably started the sound in 1957 with 'You Send Me' & tagged The Man That Invented Soul, but my research also gives Jackie Wilson credit and for inspiring The Motown Sound with Berry Gordy.
Soul Music deserves its own category back!  like it used to have, as R&B (Rhythm & Bass) includes Hip Hop and Rap which now heads the way in America, Soul Music is looked as an older person's thing, but there has never been so much great new Soul Music around. If you tune into Starpoint Radio you will discover the best of this, it's an online & DAB radio station that offers the best in today's Soul music with classics mixed in, other stations include Solar Radio in which you can listen via Sky TV also. It's time to tune into SOUL MUSIC once again and let the music touch you with great recent albums by Cornell Carter, Rai, Tyra Lavone, Al Lindsey, Show Tyme, Ty Causey, Chris Jasper etc. As we get older the melodies of today, with the most sound like they haven't got any, and in fact machine-driven, with the odd exception of artists like Bruno Mars, Alicia Keys, Beyonce (at times), Pharrell Williams ‎among others. 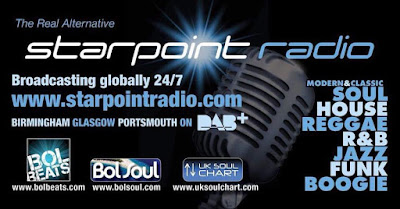 We have lost many of the greats and it's now time to support the new& older independent artists that are still creating fantastic Soul music for our listening pleasure in which many of you don't know exist.
Aretha Franklin The Queen Of Soul saves our Soul and puts Soul music back in the national charts, what a shame she had to pass for this to happen.
RIP Aretha, we will love you forever and you'll always be in our soul!


Just added to the blog is Mike Prior's excellent tribute to Aretha, out of the many this is one of the best!
LISTEN TO MIKE'S ARETHA FRANKLIN TRIBUTE HERE