Carl has been running independent Black Music radio stations since 1983, he created and has successfully run Starpoint Radio 100% independently for the last 20 years,he started the UK Soul Chart for radio and has worked with hundreds of Soul music artists over the last 40 years, most of whom are still good friends. He's known his well-respected business partner since 1985 - They have 80 years of experience between us. We think his reputation speaks for itself 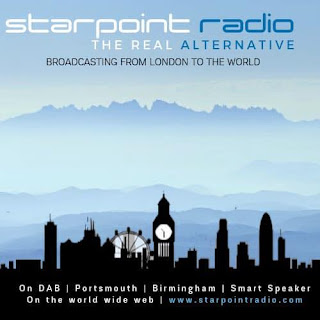 Starpoint is pleased to announce it can now be heard on DAB in Brighton & Hove which follows services that also broadcast on DAB in Portsmouth and Birmingham. 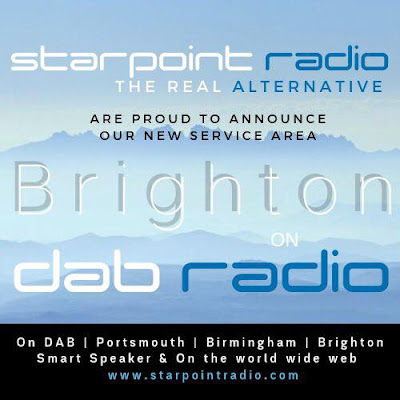 Starpoint Radio The Real Alternative has a new all the way LIVE weekday schedule from Monday to Friday starting in the morning with The all-new breakfast show which runs from 6-9 am weekdays with Ray Bradshow, Ray (35) said he is delighted to be at Starpoint Radio with his new Soul Family. Ray puts lots of fun and energy into his breakfast shows with features including 'The Full English' which is a selection of UK Soul tracks by British artists, then the warning goes out as not to everybody's taste the 'Quirky Corner' which is a bit of fun, playing a track that should not be played on Soul radio, this feature comes with a sense of humor warning!  Please be aware your ears might be in danger!! His nickname is Bonkers and after tuning in you will know why! 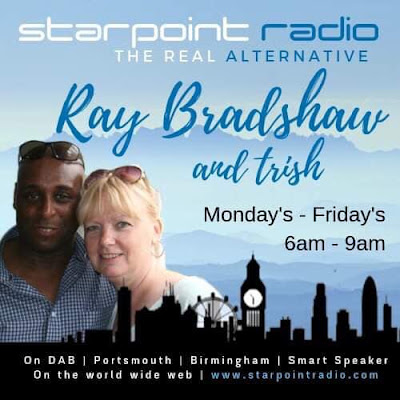 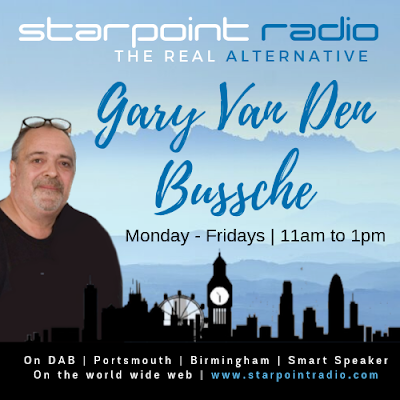 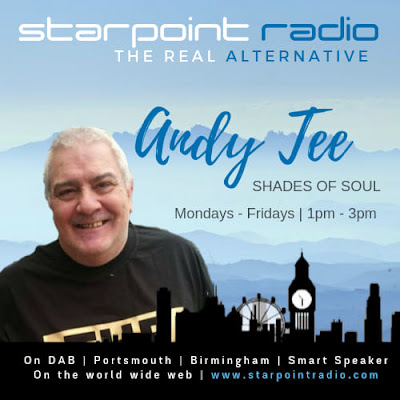 Andy T is everybody's Mum favorite DJ. His packed Shades Of Soul show plays some of the hottest new releases and popular tracks that are rising up the UK Soul Chart. Friday is his request show and will spin to please, weekday's 9 am - 11 am. 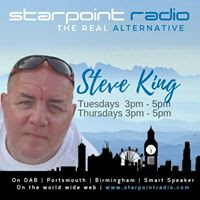 Steve King is one of the Kings Of Starpoint broadcasting weekdays Afternoons afternoon from 3-5 PM  with his Soulful Sounds show. Steve plays sought after and classic soul from the 80's, 90's and brings it bang up to date with always the best in new quality Soul & R&B. 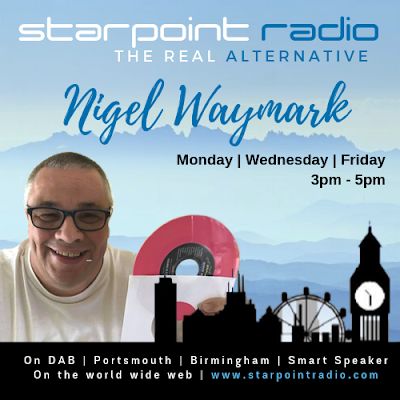 Nigel Waywark broadcasts live weeekdays 1 pm - 3 pm, he plays more familiar Soul hits, new releases, plus   "two'fer" (which is a double-spin from a chosen artist) , the Master-Blaster Vote where he plays an extended mix of a tune that one could go to the loo to or indeed make a cuppa! 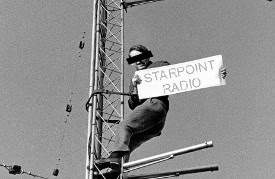 Starpoint Radio was first founded over thirty years ago in 1985 as an alternative music station for London and the Home Counties.
Originally broadcasting once a week on Sundays, demand quickly prompted the addition of an entire weekend broadcast and Starpoint Radio soon earned the reputation of being a quality radio station with presenters whose musical knowledge and presentation skills were second to none!
Starpoint Radio, therefore, became known as THE REAL ALTERNATIVE. Over the next three years Starpoint Radio attempted to broadcast seven days a week, but as an unlicensed station, this proved difficult within the rules and regulations of the DTI. In December 1988 it was decided to pursue alternative avenues of broadcasting and Starpoint's final show as an unlicensed station was from infamous Crazy Larry's on the Kings Road in Chelsea.starpoint_radio_good_old_days
In June 1991, Starpoint Radio applied for and received one of the first restricted broadcast licenses for a period of twenty-one days and the first show came from the unlikely venue of Windsor Safari Park, covering Windsor, Slough, Maidenhead, and most of Surrey and South London! The following three weeks were a rip-roaring success with the station being able to adhere to its long-held principles of quality music and quality presenters without bowing to the pressures of commercialism. The success of the Windsor broadcasts led to Starpoint Radio being approached by Alex Lowes of the Southport Weekenders to broadcast from the legendary event.
This resulted in Starpoint's management joining forces with another former unlicensed London radio station and the two merged into a satellite-based radio station. With Starpoint's connections, this radio station became the official broadcaster for the Southport weekenders until the BBC's 1- Xtra took over in - now here's a problem, the old mind's gone blank. Does anybody out there remember when 1 Xtra took over? Perhaps you could let us know so we can put this archive right.
In February 2005, management decided to part ways and Starpoint Radio was reborn.starpoint_radio_antenna_1985
As "The Real Alternative" Starpoint Radio is now 'the' station for quality music and quality presenting! Now broadcasting on DAB and 24 hours on the internet, Starpoint Radio continues to grow each month proving that it is possible to run a quality soul based music station.

Starpoint radio is the home to The Official UK Soul Chart which updates with a live broadcast on Sunday afternoon from 4-6pm (UK Time) and repeated Monday's from 5-7pm. The UK Soul chart is the most accurate survey with its chart being compiled from DJ's returns of plays and sales of the week. The chart is then shared to around 70 other radio stations and then published on the Starpoint Radio website the following Thursday or latest Friday. The chart can also be seen in Blues & Soul Magazine. 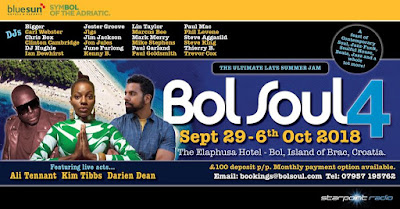 Starpoint Radio live events include Bol Soul which is a yearly event in Croatia that is now in its fifth year of success you can party with the DJ's and artists for a week in luxury with mighty fine music and sun. 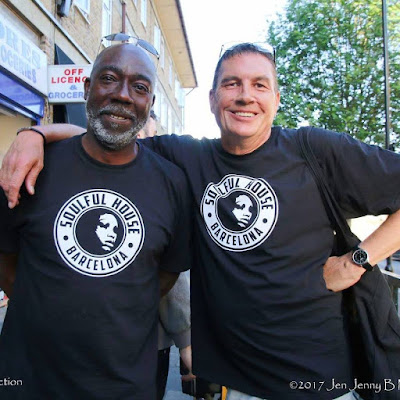 (Carl Barrington Webster owner of Starpoint Radio pictured with Bolsoul partner Ian Dewhirst)
Bolsoul 5 ran from 12th - 19th October 2019  and is the most successful holiday to date,
with the main resort being sold out for months. 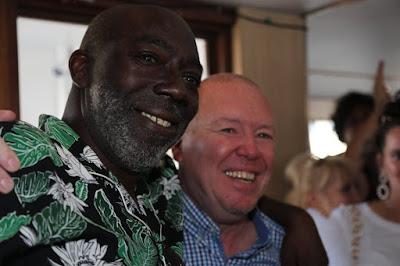 To listen to LISTEN TO STARPOINT RADIO HERE