Your yearly Luxury Soul box set injection of top selling Soul music is nearly upon us. With the injection ready, here is your Soulful fix of magical delights for 2017. 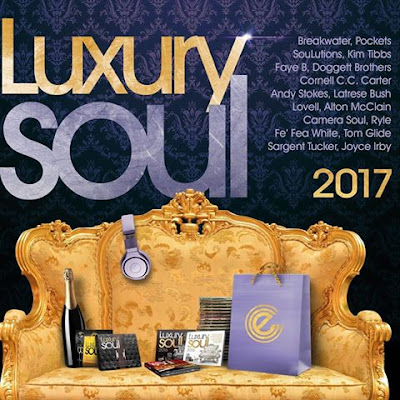 After only two album releases and the loss of band member Kae Williams Jr, it's a 'Gift Of Love' to see them back again with new materiel and also performing soon live in the UK with The Pockets, who's original members, bassist Gary Grainger, lead vocalist Larry Jacobs, percussionist-auxiliary drummer Greg,the bands 2016 release 'Sing A Message' is also included here, it's a mid tempo funky shuffler, almost Earth Wind & Fire in parts.
DSG's Hannah White Joey Nelson remix of 'That's Love' is here on CD for the first time, it's Latino driven mix that saw the song reach top 5 in the UK soul charts, and pleasesd crowds at The Camp Soul Music Festival, The Solar Radio Boat party & Caister Soul Festival. Fe Fae catchy It's A beautiful day, Tom Glide's dreamy UK Soul #1 'All I Need Is You' featuring Funmilayo NGozi .
Modern Soul favorites Cool Million are present with Kiki Kyte 'Disco Chick' and (Frank) Ryles 'Two Way Love Affair' which with remixes will be the new single from Ryles #1 Soul Album, 'Adventures of Jefferson Keyes'. Amazing to think it's be three years since Gary Van den Bussche discovered SouLutions, who have since followed, their #1 DSG release Listen with a top selling album last year called' Destiny' and a big #1 double A Side single this year in which,' Don't Judge A Book By It's Cover'' which is included  on this album and like many of the tracks for the first time on CD.
The groovy Doggett Brothers are here with a Japanese remix by T-Groove. R&B/Soul fans will be happy with the inclusion of ' Moving On', By Faye B, Kim Tibbs 'I Need Your Love', Latrese Bush 'Love I Can Sing About', Lovell 'Groove With You' & The nephew of The Three Degrees’ Helen Scott, Ashley Scott debut recording 'Words' is present here, as is, HD Laura Jackson adding some sugar with the catchy, 'Nothing But Love'. One of the Summer's biggest Soul hits was Sargent Tucker featuring Drizabone 'I Need Your Love' where Billy Drizabone even plays live drums on the track himself, it was released on a Limited 7 inch pressing with now only the last few left fromdiscosoulgold.com.
Soulful House music fans, will be pleased with the inclusion of Phil Asher’s West Ten Mix of 'Asking Eyes', Ed The Red's Catchy 'Wish You Mine'. It's been a good year for DSG's blue eyed Soul duo Mather & Kingdon, included here you will find their cover of Barry Whites' I Found Love, plus from Mather recorded debut solo album, which reached #2 in the UK Soul charts from the album the first single release, which is his cover of Ronn Matlock's modern Soul gem, ' I Can't Forget About You'.
Quality oldies by the likes of, Rose Royce, Brandi Wells, Jean Carne & the late Kashif who sadly passed this year, but earlier in the year he performing live at the Blackpool at the Luxury Soul Weekender 2016, so it's a nice tribute to include, Can We Just Get Along? A fantastic collection of tunes, compiled by Ralph Tee, think your agree a massive collection of future classics! - A MUST BUY 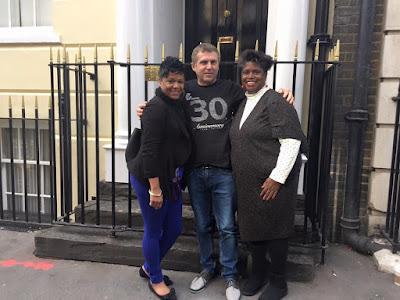