Whitney Marshall a.k.a. Sympli Whitney was born in Springfield, MA in 1976 and raised in Framingham, MA by her two loving parents Benjamin and Lucy Marshall; both devout Christians and ordained Baptist ministers, Whitney's vocal journey started early as a young gospel alto in various church choirs from middle school through college. 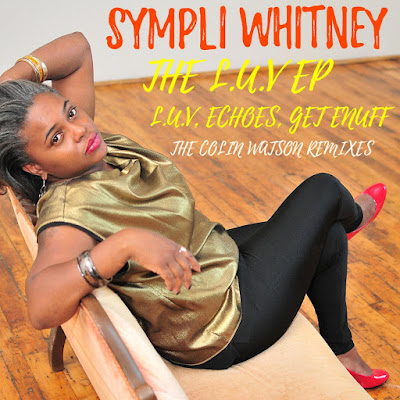 During her college years she became more confident in her performance abilities after landing lead female vocals for an up and coming funk band out of Indiana known as The Big Bang Theory. It was in this period of time Whitney began to really show her first true signs of greatness, performing alongside George Clinton and the Parliament Funkadelics at Ball State University was the highlight of this time for Sympli Whitney.
After college Whitney joined the work force which led her to an interest in criminal justice. This eagerness to learn found Whitney enlisting in the US Army in 2002 and living abroad for several years before being honorably discharged after suffering an injury while in S. Korea in 2006. Upon return to her family's home in Framingham, Whitney, again driven by her love for helping people, followed a career path in human services, adolescent healthcare, mental health and healthcare administration in which she holds an MBA. All while actively singing lead/co-lead female vocals in a variety of local bands around the Boston area such as Mystique, Nemisis, E-Water Band and Athene Wilson and Friends; all this in addition to forming her own band, perfectly named Sympli Whitney. 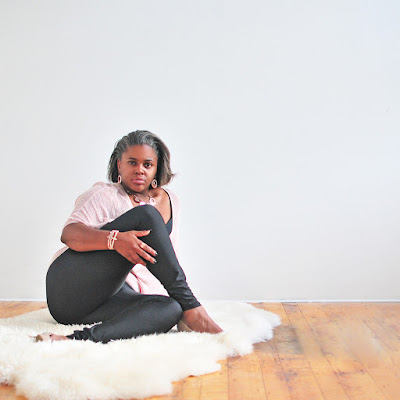 In 2014, Sympli Whitney appeared on BET's APOLLO LIVE season 2 airing on September 26th, where she received accolades from the legendary Gladys Knight, Boston's own Michael Bivins and the incomparable Doug E. Fresh! The Judges, searched for words to explain why they enjoyed her performance and why they were each impressed. Whitney has that effect on people. It’s hard to say who she reminds you of because she has a sound and vocal style of her own, yet she could remind you of such legends as Evelyn King, Patrice Rushen or maybe Cherelle. Whitney was one of the featured artists on the 2014 independent release titled “Indie Soul United 2.” She was featured on “7 Days A Week,” “I’d Rather Say Good Morning” and a remake of the Stevie Wonder classic “Black Man.” “ISU 2” reached the #2 spot on the U.K. Soul Chart. 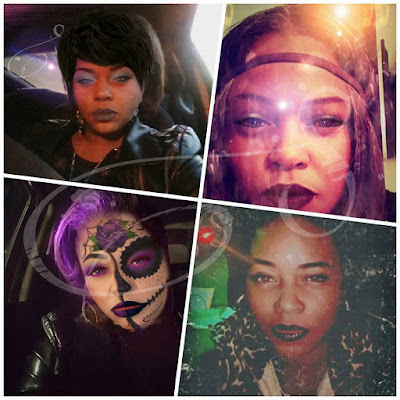 Fast forwarding to the present, Sympli Whitney continues to win fans all over around the world with her soulful voice. Landing on several UK charts, such as the UK Top 30 Soul Chart, early January 2016's release of her freshman album 'Ryze of the Phoenix', would spark a fire that would not dim for almost 8 months! With powerful single remixes like 'The Best' by Colin Watson released on UK Soul designer label DSG, to the bouncy French vinyl release of the double a side 'Get Enuff & Fresh Luv which were captivating nostalgic beats pounding you out of your seat and into a dancing frenzy like you were in the 80's, but with enuff feel for today. It's is no wonder Sympli didn't slow on the UK Soul charts for some time and no wonder why Whitney is featured in all the best of chart for 2016, with her album, 'Ryze of the Phoenix' and singles, 'The Best' & 'Get Enuff' / 'Fresh Love'.

Sympli Whitney has stars in her eyes and with determination will make this her best year yet, with the release of the Colin Watson remix ep of, L.U.V, Get Enuff, and the mid tempo Echoes which has a reggae surprise breakdown init to expanded her yet to another audience of open minded, 80's groovin', 2017 R&B music lovers of the world. Enjoy The Sympli Whitney, Colin Watson remixed' L.U.V ' EP which is released on DSG Friday 20th January 2016. 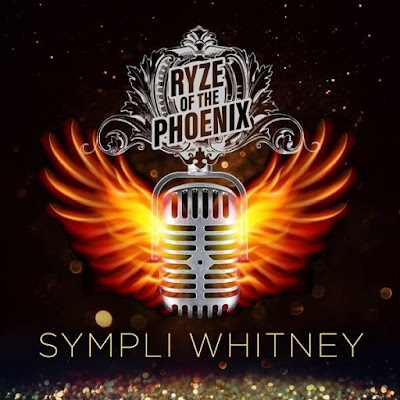 
Tony Monson of Solar Radio talks at the end about remixes. 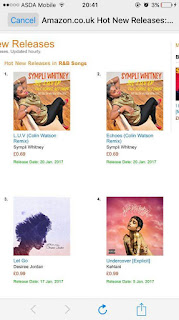